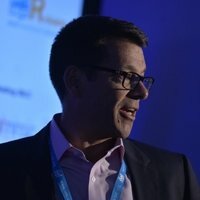 Highlight of the 2015 IALC Workshop Seminar Programme was the Industry Panel Debate on the State of the Language Travel Industry: Growth or Maturity?

Moderated by Jean-Marc Alberola, President of Bridge, the panel comprised leaders from across the study travel industry:

They considered to what degree and in which programs and markets the language travel industry has reached the growth stage of maturity, taking their cue from key indicators of industry maturity such as consolidation, standardization, increased price competition, late entrants and differentiation.

As director of ICEF Monitor, Jackie Kassteen is used to tracking the industry and believes different segments and markets are at different stages of the industry lifecycle. While online learning is still in the introduction stage, she argued, other programmes are well into maturity. "General English courses are now pretty standard across the board, pretty much competing on price," Kassteen said.

For Lyn Scott of ELC Sydney, competition from language teaching in the student's home country is reshaping the market. With students learning English from as young as four or five years old at home, needs are changing. "We see students coming with an advanced level and different expectations, such as more specialised courses," Scott noted.

Diversification is evident in language travel

Diversification is a sure sign of a mature market and both school panellists have moved into other product areas. ELC has branched out from English language teaching and work experience in Australia to language teaching in Malaysia and teacher training in Vietnam. And diversification can be a smart strategy at any time, suggested David Brown, MD of Oxford International. "As a company, we've always diversified - it's a form of self-protection," he said. It is a strategy that has paid off, as the group ventured successfully into pathway programmes, one of the main growth areas in study travel according to market researchers StudentMarketing (see IALC 2015 Study Travel Research Report).

While considerable consolidation has taken place among international language schools, there have been few agency mergers and acquisitions. Jose Carlos Hauer do Santos, CEO of market-leading Brazilian agency STB, saw no sign of consolidation in Latin America. "STB and many others grow by expanding rather than acquisition," he told delegates.

Alberola suggested that the lack of consolidation among agents might be due to low barriers to entry and high fragmentation, contending that "there are few large players that typically stand out as attractive acquisition targets."

While EF and LAL are perhaps the best known examples of vertical integration, agencies owning schools and vice versa are still the exception in language travel. Having looked at the EF model, STB, for example, took a deliberate, strategic decision to focus on its core business and strengths.

Growth is in higher education and junior programmes

According to Student Marketing, study travel is still growing and two areas in particular are enjoying a boom. With more Brazilian middle-class families seeking an international education for their children, STB confirmed the trend towards higher education overseas and the opportunity this presents to education counselling agencies. "We believe this market is growing quite fast in our country, but parents lack the understanding of what a pathway is and how to apply for university in the USA," do Santos said.

Brown, who began his study travel career with junior programmes, acknowledged the continuing growth of the young learner market but warned potential entrants that it ebbs and flows more than most. "It's very much affected by economies, political issues and other factors," he said.

What are the main disrupters in study travel?

For Kassteen,"a disrupter is something that answers the problem in a different way" and today, that is above all technology - from mobile phones and the need to make websites responsive to the emergence of Skype Translator's real-time translation, which potentially removes the need to even learn another language.

For Scott, early language learning in the home country is the main disruptor. It prompted ELC to diversify into online learning for students before, during and after English language studies in Sydney.

Disruption can also come from large, mainstream travel companies entering the educational travel market, but results have been mixed so far. "This has failed in other parts of the world because they aren't consultants, they just move people," Do Santos suggested, adding that the late entrants that have done well in Brazil are those that focus on the educational aspect.

Differentiation between chains and independents

Turning to another characteristic of a mature industry, Alberola cited the debate currently taking place in IALC on whether to brand IALC schools as boutique and better differentiate them from the chains, which have a more global standard of facility and product as well as big marketing budgets (see IALC Research on Perceptions of independent and boutique chain schools in language travel).

Scott considered the future of independents secure, with bodies like IALC helping with marketing and profile. And she concurred with Do Santos that students choose primarily by destination and therefore value the more local experience offered by the independent school.

Do Santos saw the boutique market as growing, but missing an opportunity. Pointing out that end-customers do not understand industry brands like ALTO, IALC or even IATA, he said that boutique schools offer a service the chains can't offer but are not differentiating effectively. "Your brochures look the same as [a chain], but you are something better, a warmer feeling for the student," he told the IALC schools in the audience.

And while language school chains have evident strengths, they face their own pressures: "With the involvement of private equity in chains, they are obliged to make a lot of money," Do Santos pointed out.

Brown stressed the benefits that chains bring to the sector as a whole: "They are good on facilities and their investment in these has forced all schools to up their game. They also break new markets," he said.

Nevertheless, Brown believes independent language schools have a place in the market. In his view, the greatest challenge faces medium-sized groups of five, six, seven centres, that need to balance their advantage of scale with successful deliverery of a personal service.

Panellists were confident that despite the changes brought by technology, study travel has a future. Introducing online learning at ELC, Scott was interested to see a significant drop in usage once students arrived in Sydney. A survey revealed that they didn't feel the need to study online while learning in-country.

"Learning a language is just a part of the experience of studying abroad," agrees Do Santos. "The cultural environment, be it religion, economy, food or history, makes the technology-based learning companies no match for our programs. The new friendships with other nationalities and cultures are also a very important part of the experience abroad."

Alberola said: "We had an outstanding group of panellists that provided great insight and helped shed light on the current status of the language and study travel industry. While we all acknowledge increased consolidation, increased price competition, and efforts toward standardization, the panel discussion put these and other indicators into the context of industry life-cycles. This provided us a big picture perspective as well as a peek into the future."