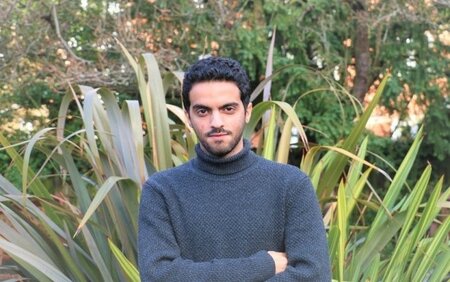 Student at Wimbledon School of English excels from beginners’ English level to graduating with a master’s degree within two years!

In 2019 Abdulrhman Esheri from Saudi Arabia enrolled at Wimbledon School of English at a beginner’s level. Fast forward to November 2021 and Abdulrhman is not only at an advanced level of English but has also graduated from Queen Mary University of London with a master’s degree.

Here is what Jo, the Director of Studies had to say about their star student:

“When Abdul arrived in Wimbledon, he was so shy, and he could hardly say a sentence in English. But just a few months later, he had reached Advanced level! Abdul put so much effort into his studies that I am not surprised how well he has done; he is a star student!"

Abdulrhman went from being a beginner in class to achieving a score 7 on his IELTS exam, in a short period of time, allowing him to pursue a masters course at Queen Mary University.

Abdulrhman shares his story about how he started and pursued his dream.

"My name is Abdulrhman Eshehri and I’m from Saudi Arabia. I would love to share my story. I came to London to learn English. One of my friends advised me to study at Wimbledon School of English. I started studying at WSE in mid-2019. My English was not good, so I started learning from the beginner level but moved to the next level quickly. I studied hard until I reached the advanced level within seven months.

Studying at the university was never easy, but by studying hard, attending lectures, discussing with professors and students, and reading a lot of scientific research, I gained a lot of experience and knowledge, and then I was able to achieve the dream that I came to the United Kingdom for, which is to get a master’s degree and I actually got it from Queen Mary University of London.

I loved sharing my story of how I started and how I achieved my dream. I am very proud of what I have accomplished and also proud that I was one of the students at Wimbledon School of English, where I benefited greatly."

Wimbledon School of English is a family-run English language school for adults, with over 50 years of experience, located in the heart of beautiful Wimbledon.

Find out more about