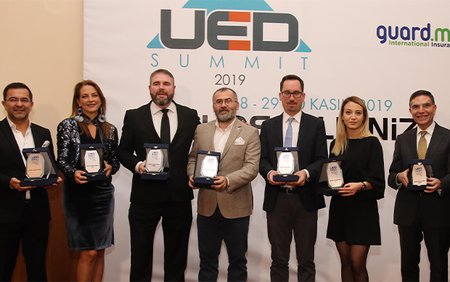 Emerald Cultural Institute won the award for Best English Language School Ireland for the fourth consecutive year. Emerald’s Managing Director Mauro Biondi was honoured to collect the award: “We are thrilled to have been voted again this year and continue to aim to provide the best all-round service to students both from Turkey and all over the world.”

French in Normandy also won the award for Best French Language School France for the 7th year in a row. Eleri Maitland the Director said: “French in Normandy is very honoured to have been awarded this prestigious prize for thé 7th year running. For the first time ever, I was unable to attend but Onur and Murat did us proud.”

BEST LANGUAGE SCHOOL OF THE YEAR – French: French in Normandy

BEST LANGUAGE SCHOOL OF THE YEAR – UK: The London School of English

Congratulations to all the UED Agency Award winners!