"Trends in the Demand for Foreign Languages" also unveils the reasons for studying languages other than English and how foreign languages rank in their importance for study and career-related purposes.

"The main objective was to provide a snapshot of the current market for language travel (language training abroad) as well as outline future trends in the demand for foreign languages and how these will influence business practices of language schools, education agents and other stakeholders," explains Jan Capper, Executive Director of IALC.

Research findings were revealed on 7 April at the IALC Workshop, an annual gathering for approximately 350 IALC-accredited educators and study abroad agencies from over 50 countries. IALC member institutions are located in 107 destinations around the world, offering over 1,000 language programmes in nine languages. 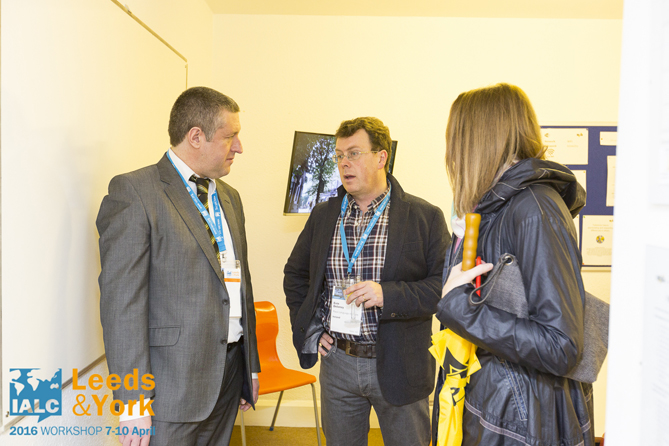 IALC partnered with market research firm StudentMarketing in order to uncover more data on the demand for foreign languages. Given that agents represent the leading booking channel in English language travel, and an important booking channel for other foreign languages, StudentMarketing conducted a survey with 466 education agents from 74 countries, who in turn represent a total pool of more than 236,000 language travel students worldwide. The findings were supplemented by interviews with 21 agents and insights provided by 60 secondary sources.

Although billions of people are now learning a foreign language, only 0.25% of them travel abroad to learn in a local, native environment. This equates to a market of 2.28 million language students abroad per year. English language travel comprises an estimated 61% of this market. Interestingly, the research found that 20% of students who use agents are already multilingual and are going abroad to learn a third or fourth language.

The report also provides estimated numbers of students studying a language abroad in its native-speaking environment as follows:

The report found that 97% of all agents surveyed promote English language courses, French and German courses follow (both at 62%) and 51% of agents promote Spanish. Other languages are promoted as follows: Italian (46%), Chinese (29%), Japanese (25%), Russian (22%) and Portuguese (21%).

The report observes that "demand for English learning abroad is slowing, but expected to continue growing, while other languages are expected to grow faster."

Given the importance of China and Germany in the global economy, the majority of agents have noticed an increase in demand for corresponding languages, with 100+ million foreign speakers and learners of Mandarin worldwide and German being the most widely spoken native language in the European Union. Agents also anticipate increased interest in French, given that it is the only language other than English spoken on all five continents.

These findings suggest that education providers would do well to increase their product offering to include more non-English languages. Samuel Vetrak, Founder and CEO of StudentMarketing, elaborates: "The fact that the demand for other languages is growing faster than that of English makes the business case for schools to begin – or continue – offering language teaching and training in one of the other eight languages included in the study. This can serve as a protection, or safety net, in our increasingly volatile and competitive industry."

In addition to product variety, the report highlights a growing demand for one-to-one teaching and tutoring. This reflects the fact that today's students are increasingly interested in personalised learning options tailored to each individual's needs and learning style.

The report confirms the popularity of English, with 78% of all students using agents for language travel opting for English language courses, compared to only 7% for French, 6% for German and 5% for Spanish.

There are, however, regional variations. For example, students from Asia and MENA choose English (87% and 86% respectively), while students from Europe and Latin America show stronger demand for non-English languages, typically French or German.

The motivation to learn a foreign language

"One of the more interesting things we observed is that the reasons for learning a foreign language abroad have evolved to become more pragmatic and sophisticated," says Vetrak.

As the report states, "The purpose of learning a foreign language abroad is moving away from personal reasons (fun, desire to learn the language, travel component), towards career reasons (current or future studies, employment prospects)."

For example, German and English are now primarily sought for current and future studies (62% and 61% of students respectively). Meanwhile, Russian and Chinese were mostly associated with improving employment prospects (53.6% and 42.3% respectively).

Students' motivations for learning French included a mix of both personal and practical reasons, and finally, most students appear to be interested in learning Portuguese and Italian purely for personal enjoyment.

As we've observed recently in the English language learning market, young learners are occupying an increasingly larger share of the customer base (i.e., 47% of all students as reported by English UK, 47% as reported by Marketing English in Ireland, and 45% as reported by the National Statistics Office of Malta). The report predicts that the number of juniors for other European languages will also grow as well, with demand already healthy:  "The highest share of juniors sent abroad (below 18 years old) was reported for German courses (35% of all customers were juniors in 2015). French and English followed closely, with an average share of 34% of total agent production. Spanish also exhibited a high proportion of junior students (standing at 33%)."

Most students ask for General and Intensive English courses abroad, however, amongst the junior market, exam preparation and summer camps are preferred. One reason for this could be that English language learning is being introduced at younger ages and across the core primary and/or secondary school curriculum in more countries, hence, younger learners have already been exposed to the foundation of the English language and are going abroad for a more active or focused use of the language.

2015 Research on the Perception of independent and boutique chain schools in language travel.