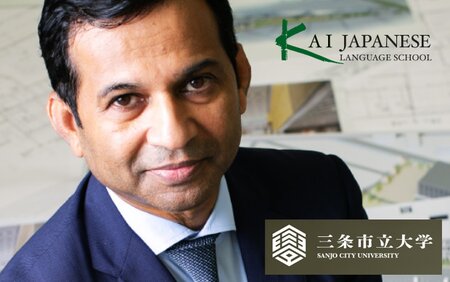 IALC school, KAI Japanese Language School in Tokyo, Japan is proud to have one of its alumni become president & CEO of Sanjo City University, a new undergraduate university in Niigata prefecture in Japan. Mr. Ahmed Shahriar from Bangladesh has become only the second foreign foreign student and the first privately financed student from a Japanese language school to become the president of a Japanese university.

The university which opens this month, offers classes that combine engineering, social science, and industry-academia collaborative training. The philosophy of President Ahmed Shaharial is to "produce human resources who can generate technological innovation" through centralized learning.

Find out more about Kai