Malaga teaches Spanish to the world! 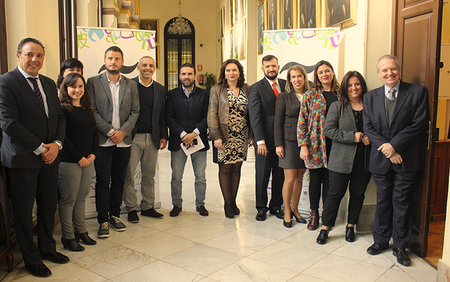 Malaga Education Week – Spain’s leading multi-faceted event for the Spanish teaching sector – closed this weekend after a weeklong celebration of events in which the worlds of culture, education and tourism decided to unite forces to promote the city of Malaga.

This 2nd edition of MEW converted Malaga, during the week of 14-20 January, in the world capital of Spanish and confirmed the importance of this event as an on-going part of the “Spanish in Spain’s” annual calendar.

Last year, the focus was on Spanish as an economic resource and we had an A-list of speakers at Director level from institutions such as TurEspaña, Instituto Cervantes, the Telefonica Foundation, ICEX, Extenda, the University of Malaga, as well as other local personalities drawn from the world of culture, education and tourism. The event was deemed to be such a success that the participation and support of the institutions/authorities has continued enthusiastically in 2019.

For the 2nd edition the focus was placed on the prime and indispensable element of our business sector – the teacher of Spanish!

These practical and highly active sessions were very well received, providing a plethora of ideas, hints and resources for the teachers to make immediate use of in their classrooms.

An A-list of speakers from Universities, representatives of NACEM and national and local tourist boards dealt with points and issues such as:

In conclusion, another highly successful Malaga Education Week, with a series of well-attended and well-received activities, focusing on the Teaching of Spanish, the schools’ contribution to the local economy and Malaga as the destination of choice for students wanting to learn our beautiful language.

Thank you to Bob Burger, director of marketing at IALC-accredited language school Malaca Instituto-Club Hispanico, S.L.U for providing a fantastic summary of the week's events. Find out more about the award winning School of Spanish here.